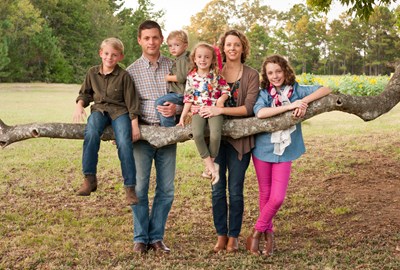 The America’s Longleaf Restoration Initiative invites you to get to know this year’s Longleaf Partnership Council Chair!  A veteran of the U.S. Air Force, Chris Erwin is the Director of Biodiversity and Southern Region Conservation at the American Forest Foundation and developed his love of nature from an early age.

The ALRI Communications Team recently caught up with Chris to discuss his background and thoughts on longleaf and family-owned forests, including the experiences that shaped his passion for natural resources!

1. How did you get involved with America’s Longleaf Restoration Initiative and the broader longleaf pine restoration effort?

I was serving in the U.S. Air Force and stationed at Elmendorf AFB, Alaska, in 1995. While visiting my parents in Blakely, Georgia, I visited the Jones Ecological Research Center at Ichuaway. Dr. Lindsay Boring spent the morning with me discussing the Center’s mission and research, then took me on a tour. He left me with a book of various ongoing research projects that I carried back with me. I earned the GI Bill and decided to study forestry at Auburn. I was fortunate to meet Rhett Johnson and Dean Gjerstadt at the Solon Dixon Forestry Education Center in Andalusia, Alabama. They both set me on a course to focus on biodiversity in longleaf. In my role as the Education Coordinator for the Alabama Forestry Association, I supported Rhett and Dean as they developed the educational materials and programs of the Longleaf Alliance. In 2013, as the Director of Southern Conservation, I became a member of the Longleaf Partnership Council and was proud to accept the Vice Chair role of the Council for 2020.

2. What has been the most rewarding experience in your work with the longleaf initiative?

The most rewarding role in all my experiences in natural resources including the longleaf initiative has been to associate with passionate and dedicated resource professionals and landowners that want to contribute to a greater good and don’t mind spending time with others sharing and listening.

3. What is the single greatest conservation challenge in your line of work?

A society that is too far removed from the land will not support the activities necessary for a healthy and productive environment. The public will pay for the things they value, and they will value only the things they understand. Richard Louv described in his book Last Child in the Woods, “Farm population had dwindled…from 40 percent…in 1900 to just 1.9 percent in 1990… Baby boomers…may constitute the last generation of Americans to share an intimate, familial attachment to the land and water.” I’ve always loved the woods and rivers of the coastal plains of Georgia and Alabama. But I never understood them until I earned my salary from them. The further removed we get from a direct personal dependence on the land, the less we understand, value, and ultimately invest in it. Obviously, most of the population will never earn their living from the land again, but I am heartened to see so many ways for people to connect and learn about our natural resources whether it’s through community supported agriculture or through their retirement investments in companies with strong environmental, social, governance records. The more we, as natural resource professionals, can include society at large in our planning, implementation, and reporting on our work, the broader our license to operate.

4. Can you speak to the importance of family-owned forests in the longleaf restoration effort, both in your personal experience and in your role with the American Forest Foundation?

Family forest owners in the U.S. South own most of the forestland in the region. They have the greatest opportunity to produce the most forest values that society depends upon, like water quality and quantity, biodiversity, and soil vitality. Yet, family forest owners are not a monolith. They have highly variable levels of awareness and understanding of these values and how to produce them in a financially sustainable manner. Unfortunately, there is not enough technical assistance capacity and capability to engage them in a deliberate and consistent manner necessary to move them to action making it difficult and expensive to shift a mass of landowners down the spectrum of conservation. There are many family forest owners doing great things on their lands, leading the community, opening their gates, sharing their stories, and advocating for favorable forestland policies. We need more of them to leverage the limited resources that are available to support their work and share with their neighbors and others.

5. The diverse longleaf ecosystem is home to many at-risk species. What are some actions that longleaf landowners can take to encourage a thriving wildlife population?

Every landowner I’ve gotten to know over the years considers themselves stewards of the land. They want to leave it better for their children than they found it. That starts by understanding exactly what they are stewarding beyond the trees and the wild game species. I sponsored a field day in south Alabama where the Auburn University Natural Heritage Program surveyed fish populations in a creek running through the property. The owners stood on the bank observing, but the grandchildren from Atlanta got in the creek with the scientists. You could hear the ooh’s and ahh’s from the excitement of the kids. They are the next generation of forestland owners. How much would they value that farm 250 miles away without that kind of experience? Just being aware of what they are stewarding and sharing it with their children and neighbors is the first step in understanding and ultimately taking action to conserve it for future generations.