BY DAN WEBER, THE NATURE CONSERVANCY

The Kisatchie National Forest (KNF) was recognized by the 2021 Regional Forester’s Honor Awards for the staff’s response to Hurricanes Laura and Delta that hit in 2020 and reshaped portions of the 182,000 acre Calcasieu Ranger District. The District responded by structuring creative sale packages resulting in profit to KNF rather than paying contractors to take away unmerchantable trees. Of the 20,000 acres flattened, almost 13,000 have been salvaged and are now ready for planting longleaf seedlings. As a result, 53,000 centrum cubic feet of mostly salvage timber was sold. For these efforts, the Calcasieu District of KNF was recognized as the 2021 Ranger District of the Year.

Matt Pardue, wildlife biologist on the Vernon Unit of the Calcasieu, was recognized for his leadership in reestablishing a red-cockaded woodpecker (RCW) population significantly reduced by the storms. Out of 249 RCW clusters, 224 had at least one tree down, and several had no trees left standing. All total, 851 RCW trees were down or broken off, with many more leaning and unusable. Even with almost 900 RCW trees destroyed, the Vernon population was saved by installing 450 new inserts and associated cluster rehab work. Now, a little more than a year after the storms, clusters are close to pre-storm numbers.

KNF forms the core of the Kisatchie/Fort Polk Significant Geographic Area where the local longleaf implementation team, the West Central Louisiana Ecosystem Partnership, have united to restore longleaf pine and other native ecosystems within a six-parish conservation area. 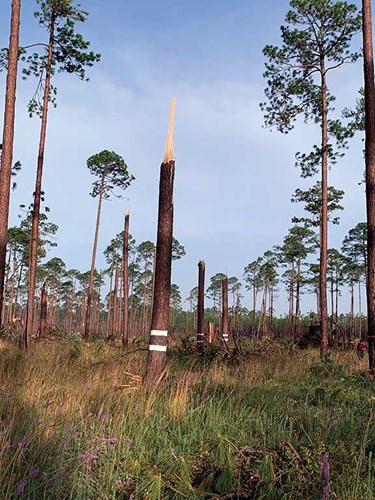 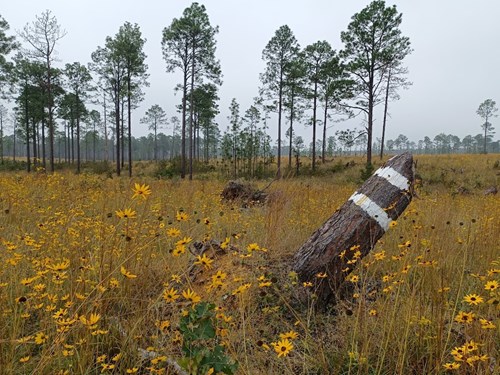