The America's Longleaf Restoration Initiative (ALRI) is a collaborative effort of multiple public and private sector partners that actively supports range-wide efforts to restore and conserve longleaf pine ecosystems. The vision of the partners involved in the ALRI is to have functional, viable longleaf pine ecosystems with the full spectrum of ecological, economic and social values inspired through the voluntary involvement of motivated organizations and individuals. 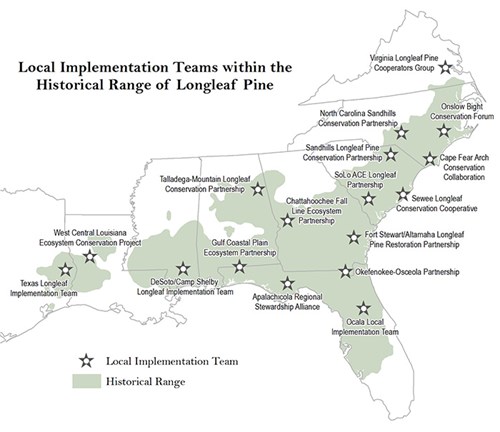 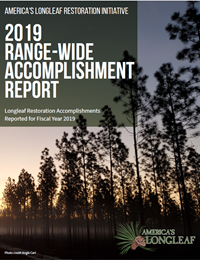 The 2019 Range-wide Accomplishment Report shines the spotlight on achievements in longleaf pine restoration activities over the past year and encourages further collaboration among partners in a push to reach our goal of 8 million acres of longleaf pine across the range. 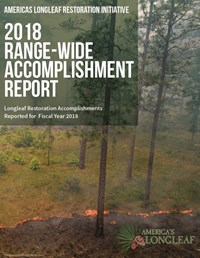 This “blueprint” for the next three years details where priorities should be placed and identifies the associated actions needed at various scales to advance the longer-term goal of restoring eight million acres over a 15 year horizon. 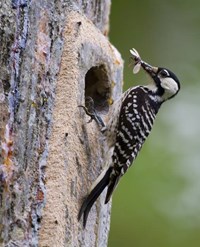 The USFWS announced a proposal to change the status of the red-cockaded woodpecker from endangered to threatened under the Endangered Species Act. This will be published in the Federal Register, opening a 60-day public comment period.

The proposal comes from the many years of conservation actions undertaken by federal, state, and private partners to resurrect the RCW and its preferred longleaf pine habitat. ALRI is referenced in the announcement due to the collaborative efforts to restore the longleaf pine in the Southeastern landscape.

Meeting in the time of COVID-19!  Though things looked a little different this year, the Longleaf Partnership Council was still able to join together virtually this summer to discuss progress in ALRI’s efforts to restore longleaf pine and a variety of other topics.